The Buffalo, New York based band Pentimento recently did a headlining tour where they were supported by Have Mercy and Gates. They stopped off at the Pulaski Club in New Britian, Connecticut, a slightly unconventional venue, but a fun venue nonetheless. The Pulaski club is relatively new with running shows but has been exceeding expectations with fan turnout, and this show was no different. There was a dedicated crowd before any of the bands on the tour package took the stage, well the metaphorical stage as there is no stage at this venue which gives fans an up close and personal experience.

Gates was the first on the tour package to take the stage and they did so with energy and enthusiasm. The New Jersey based group is on Pure Noise Records alongside such talented groups as The Story So Far, Handguns, and State Champs. They most certainly fit in with such talented artists on both their label roster and the tour package. They have been touring consistently since they signed to Pure Noise and the experience shows as they played with confidence and command of their stage. Fans were engaged and enjoying the set from start to finish. Be sure to catch them out on their next tour! 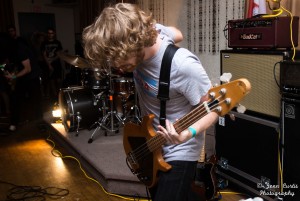 Have Mercy took the stage next to a ready and eager crowd. Fans were out in full force and singing along emphatically throughout the entire set despite the less then energetic stage presence of the group. The alternative indie group from Baltimore, Maryland recently signed to Hopeless Records and can only grow from there. Their sound is good and the support from fans evident, however the four piece rock band needs to work on their stage presence. It seems as though they remained in the same two by two squares for the majority of their set. If they are to take the next step as a band they need to put on a more engaging and unique performance. It will be interesting to see where they go in the future.

Pentimento closed out the night to an intimate crowd with an enjoyable set. By the time they took the stage it had gotten quite late and some people had to leave early but those who remained crowded the front of the room happily singing along and enjoying a fantastic live performance. The group even went on to comment on the enthusiasm of the crowd as they had been actively enjoying each band’s set all throughout the evening. Pentimento is a four piece pop-punk band that really seems to understand the importance of music and connecting with others through music. They put on a fun live show and were around throughout the night to meet anyone who wanted. They are definitely a band to catch next time they tour! 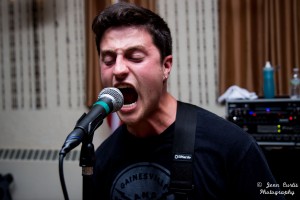 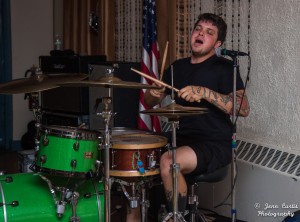