Jenn: How did you decide on your setlist for tonight?

Jake: With our old music and new stuff that hasn’t really been released it was much easier to choose on their tour because it’s a lighter and popier sound. We had to go a little with lighter songs because not too much its not exactly who we are but it’s mixed in there.

Chris: We really wanted to play a lot of the new material because we have a new record coming out the end of July and a few older songs to keep a steady balance. 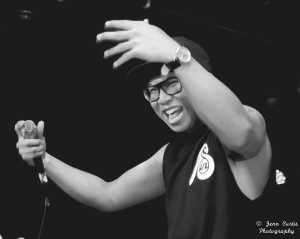 Jenn: What is your favorite song on the setlist and why?

Chris: My favorite is probably “Weigh You Down” the first song on our setlist. We released it as a single back in October. The energy is really high and we’ve been playing it for a while so I’m very comfortable with it.

Jake: I think mine is “The Thought of You”. It’ll be on the new record so no one’s really heard it yet. That one’s my favorite to be playing now.

Koda: Same with me, “The Thought of You” is my favorite right now. I’m digging the song, pretty stoked on it.

Jenn: You guys have recently been undergoing some changes and developments and showing them in your (Re)invented series, what inspired the videos?

Chris: Basically the idea behind the series is that this record will be the first thing a lot of people hear from us, we haven’t put anything out since 2010. We’ve gone through a few member changes since then, especially with Jake and Koda because we haven’t had any big releases with them, they’ve been with us for about 2 years. We wanted to have as much content as we could since we haven’t put something out in so long. We wanted people to get to know the record and the process behind it since we’ve waited so long to put it out and to get to know us as a band. The point behind (re)invented is that we’ve been a band for so long but we’ve been through so many changes we’ve “reinvented” ourselves. 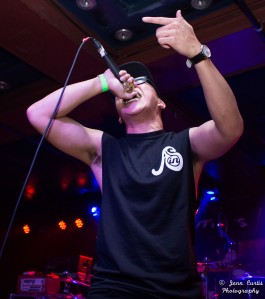 Jenn: The first episode is all about the new record and emotions behind it, what should fans expect from future episodes?

Chris: The first one is a bit more general and that we do have a new record coming out but the second and third ones go into more detail about the writing process. We talk more about the songs themselves and the lyrics behind them. The first one is more general and the next two will get more specific and we’ll release more information, such as release date, artwork, and track listing as things go on. 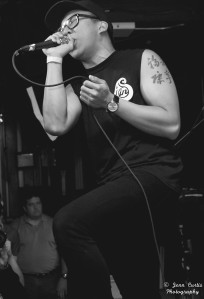 Jenn: It seems as if, from things you’ve all said, that you’ve gone through a bit of growth with this record, how have you gotten to this point in your musical careers?

Chris: After we released DreamSstatus in 2010 we played off of that for a while and toured in 2012. We dedicated our lives to doing this for now because its what we want to do. We’ve been writing new songs and finally finished recording it in 2012. Bunch of unfortunate things happened with the record that was out of our control then we had to pick someone to pick someone to mix it and master it which took a few months. We ended up going with Matt Wentworth (Guitarist for Our Last Night). He did an awesome job with it. We had him mix the record. Once we got that done we decided we wanted to self release it. We want to do as much as we can ourselves, we just feel better about it. Anything we can’t handle we’ll gladly pay someone else to do it but if we can do it ourselves we will. The merch store coming out is run by us, anything you get in the mail is literally packed at my house or Ben’s apartment. We’re trying to do as much as we can; build the name and brand it really well. Right now where we are with the band is the strongest, we don’t feel like we have to rely on anyone or send out a bunch of emails or phone calls that are unnecessary. We have more freedom to do what we want with ideas, we don’t have to check in with anyone. We feel the strongest right now, we’re super confident about the future. 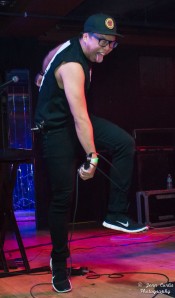 Chris: All of it!

Jake: It’s being able to get around the US. I turned 18 in playing California. It was the coolest thing to me.

Chris: My favorite thing is being able to travel and play music. When we’re traveling its for music which is great. It’s cool to be in New York, it’s way cooler to be in New York because we have songs to play and having people that want to hear them. That and meeting like-minded people who share the same love for music that you do and getting to hangout. If this is something we can do with our lives its just amazing.

Koda: I don’t have one! I can’t pick one. Traveling is great. I had a really really great night in Dallas one night with my buddy Anthony Lucido. 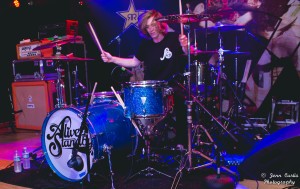 Chris: The record! After this we’ll be playing just a few home shows. We won’t be playing many because we have our release show July 25 at the Crowfoot Ballroom and we want kids to come out to that. We’ll release then when the actual CD comes out on iTunes and whatnot. Right now that’s our big thing that we’re planning. Focus on that. Then we want to get an agent and get back on the road to support it, but they’ll be a lot more information when we get to that.

Jenn: Anything to say to fans?

Koda: We love you!

Chris: Thank you guys for caring about this band and supporting us the past year and a half has been one of the most stressful times that we’ve been through. Just the fact that you guys tweet at us, comment on our instagrams, we see everything! It makes it all worth it! Thank you so much, it means the world to us! WE cant believe that people care about us and want to meet us, no matter what the scale its crazy to us, so thank you!